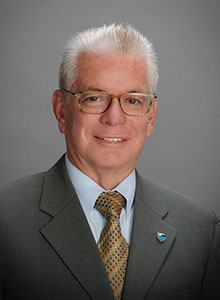 Trustee Perez joined the Board of Trustees in 2010. Previously, he represented his community on the Moorpark City Council, including serving as Mayor of the City of Moorpark. In addition, Trustee Perez currently holds positions with the Workforce Investment Board, the Moorpark Foundation for the Arts, and the Simi Valley Hospital Foundation. Since 1999, Trustee Perez has worked as the Project Manager for the Cabrillo Economic Development Corporation in Ventura. He previously was employed with the Los Angeles Department of Water and Power for over 30 years.