The Ventura County Community College District and colleges — Moorpark, Oxnard, and Ventura — stand in support of the LGBTQ+ community.

The California Community Colleges represent and serve one of the most diverse populations in the world in terms of race, ethnicity, language, culture, nationality, socioeconomic class, age, physical ability, sexual orientation, gender, and religious beliefs. Our community’s diversity is one of its greatest strengths. VCCCD is fully committed to creating and encouraging a culture that values members of the LGBTQ+ community, creating alliances and promoting a healthy, safe, and prosperous environment for all on our campuses and in our community.

There are student clubs and support groups in the District dedicated to the LGBTQ+ community. Please see below for more information.

Moorpark, Oxnard, and Ventura colleges are planning Lavender Graduation Ceremonies for Spring 2023. Details will be added as information becomes available.

What is a Lavender Graduation?

Lavender Graduations are ceremonies that honor graduates of the LGBTQ+ community. Dr. Ronni Sanlo of the University of Michigan was inspired to hold the first Lavender Graduation in 1995 after she was unable to attend her own children's graduations due to her sexual orientation. The Lavender Graduation has spread across campus and has become a way for universities, colleges, and high schools to create a positive memory and celebrate LGBTQ+ students' accomplishments.

Lavender is a color that was once weaponized against those who were openly gay and those who did not conform to gender norms. LGBTQ+ civil rights activists of the 1960s reclaimed the color and redefined its use as a symbol of pride to be who they were. Lavender Graduations use this color in celebration, pride, and legacy, connecting the students graduating from their programs to the larger LGBTQ+ community as a whole.

The Student Health Centers on our campuses offer short-term, confidential mental health counseling that is free to currently enrolled students.

Therapists can help you with healthy strategies to deal with:

Please call to set up a free student consultation with our trained and caring professionals at each college.

Basic Needs refers to the food, stable housing, and wellness security. We have created support programs and resources that can assist our students in meeting their basic needs and promoting their academic success. Basic needs security has been shown to have a direct impact on the mental-emotional-physical health, wellness, academic performance, professional development, and holistic success of our students. Raider Central (Moorpark College), Condor Care (Oxnard College), and Ventura College Basic Needs Center look to increase accessibility to food, housing, mental wellness along with financial resources.

The Ventura County Community College District (District) prohibits all forms of harassment and discrimination based on any of the following statuses: race, religious creed, color, national origin, ancestry, physical disability, mental disability, medical condition, genetic information, marital status, sex, gender, gender identity, gender expression, age, or sexual orientation of any person, or on the basis of these perceived characteristics or based on the association with a person or group with one or more of these actual or perceived characteristics. The District will enforce all state and federal laws and District policy prohibiting harassment and discrimination.

The District is committed to providing an academic and work environment free of unlawful harassment including sexual intimidation and exploitation, and will not tolerate any behavior that constitutes unlawful harassment of staff, students, or visitors. All employees and students are encouraged to report incidents of harassment and discrimination without fear of retaliation for filing a complaint or for participating in a harassment or discrimination investigation. The District will comply with the accessibility requirements of Section 508 of the Rehabilitation Act of 1973 in the development, procurement, maintenance, or use of electronic or information technology and will respond to and resolve discrimination complaints regarding accessibility. To request reasonable accommodations, applicants and employees should contact the Director of Human Resources Operations at (805) 652-5512. Students should contact the Student Services Dept. at their college or center.

If you have experienced harassment or discrimination and would like to file a complaint, please complete and submit the Unlawful Harassment/Discrimination Complaint Form.

The Coalition for Family Harmony

One Step a la Vez

The National Centre for Transgender Equality

The Ventura County Community College District is committed to creating a nurturing atmosphere rich in learning experiences, free of fear and discrimination for all. To this end, the SAFEZONE training program was developed to support LGBTQ+ students, employees, and allies.  This training is presented by Moorpark College staff and is presented districtwide.

The following dates help us to bring awareness and honor our LGBTQ+ community members.

March 21—International Day for the Elimination of Racial Discrimination

May 17—International Day Against Homophobia; Transphobia; and Biphobia

May 21—World Day for Cultural Diversity for Dialogue and Development

May 24—Pansexual and Panromantic Visibility Day

June 26—Anniversary of the Legalization of Same-Sex Marriage in the U.S

November 25—International Day for the Elimination of Violence Against Women

*Earth Day highlights the impact of climate change and extreme weather events on trans and queer youth who experience housing instability at a much higher rate than their cis and straight peers.

For information about events held at Moorpark, Oxnard, and Ventura colleges, please visit their LGBTQ+ webpages:

LGBTQ+ stands for Lesbian, Gay, Bisexual, Transgender, and Queer, with the + to stand for the many identities and sexualities included within the community, such as Intersex, Asexual, and Pansexual. Around the world, this community is sometimes also referred to as the acronyms LGBT, LGBTI, and LGBTQIA, among others.

The terms for the community of people that encompasses people who are lesbian, gay, bisexual, transgender, queer, intersex, and asexual are as broad as that community itself: as society’s understanding, recognition, and inclusion of diverse sexual identities and gender expressions has grown, so has its acronym, terminology, and flags.

The acronym LGBTQ+ only covers about one-third of the labels that self-described members of the LGBTQ+ community use to define their sexual orientation and gender identity. While talking with any member of the LGBTQ+ community might feel more satisfying than talking to a group of non-LGBTQ people, the various experiences different groups within the community have makes it important to identify people who see themselves as part of one of those more specific groups.

Choosing labels for themselves is a powerful way for teens to say who they are and start the process of finding support and community from people like them. But being labeled in ways they don’t want to be, or being doubted when they express a desire to use different labels than they used to, can heap hurt and frustration on top of a teen who might already be struggling to find their place in the world.

A good approach to navigating the long list of LGBTQ+ labels is to familiarize yourself with them.

To change your personal information in your VCCCD records, complete and submit the form linked below.

To change your name as it appears on class rosters to a preferred name, complete and submit the form linked below.

If you would like to update your gender on your student records, you can do so confidentially by filling out the below form.

To obtain a new diploma with the correct name on it, complete and submit the Duplicate Degree/Certificate Request form.

According to Lambda Legal, it depends upon the state, each with its own laws, procedures, and fees.

For California Residents: California will issue a new birth certificate when an applicant submits to the State Registrar an affidavit that, pursuant to Cal. Health & Safety Code §103430(a), contains the substantially the following "I, (petitioner’s full name), hereby attest under penalty of perjury that the request for a change in gender to (female, male, or nonbinary) is to confirm my legal gender to my gender identity and is not for any fraudulent purpose." There is a $23 fee for a new birth certificate, pursuant to Cal. Health & Safety Code 103725.

Lambda Legal is a non-profit organization that has all kinds of state-by-state info on legal rights for LGBTQ+ people covering topics such as document change, healthcare, marriage, parenting, and more. For more information or information for residents of other states, visit their website, http://www.lambdalegal.org/

The National Centre for Transgender Equality is a one-stop shop for information on both federal- and state-issued document changes, along with downloadable forms for many requests.

Board of Trustees Resolution No. 2021-05 In Support of LGBTQIA+ Pride Month 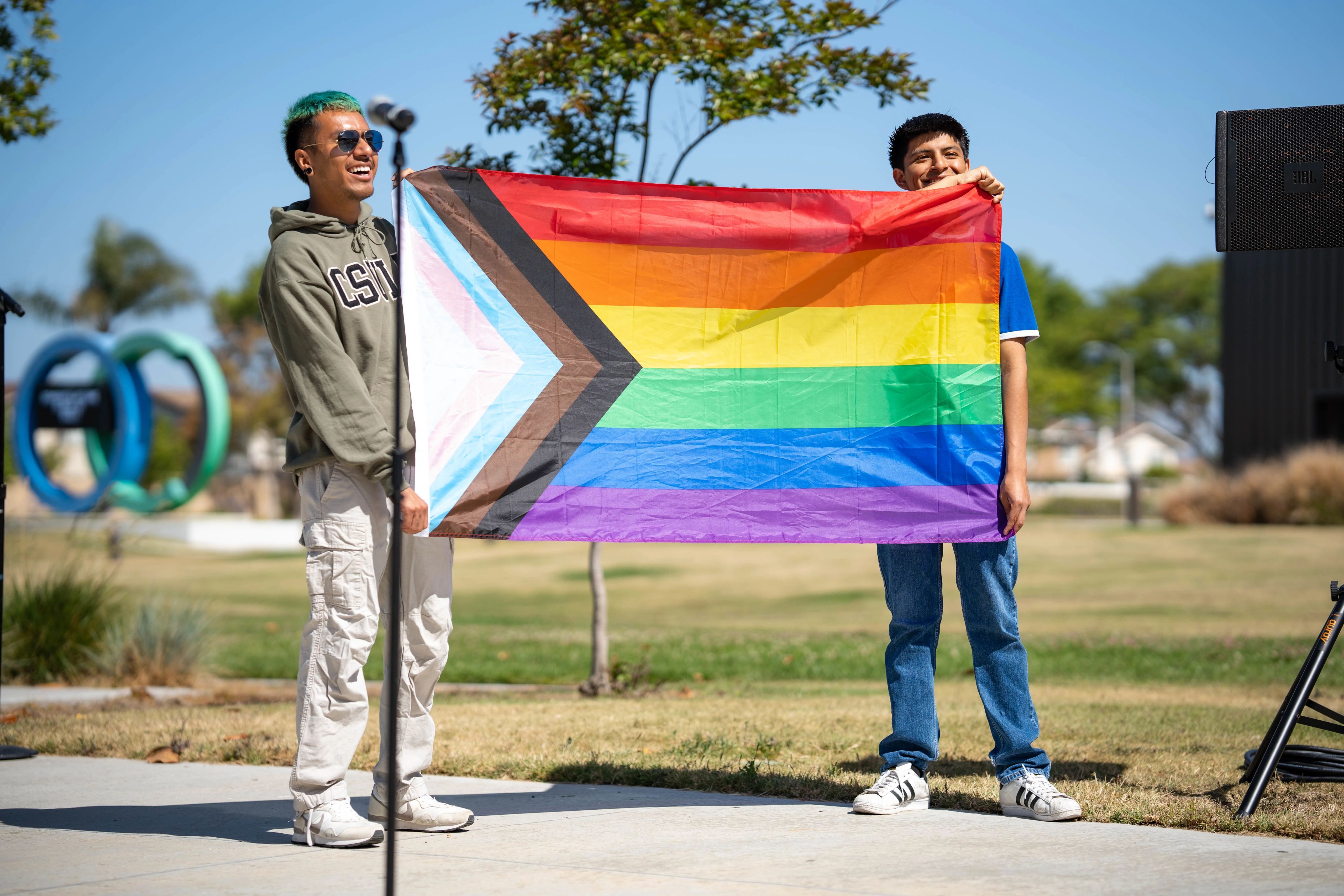 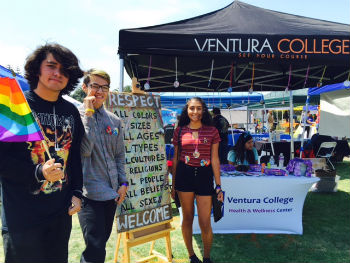