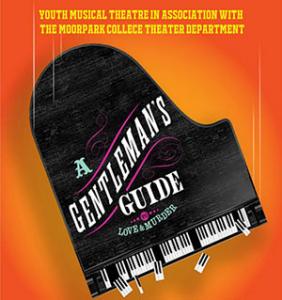 Moorpark College will host the Youth Musical Theatre's presentation of 'A Gentleman's Guide to Love and Murder' May 23 through May 26, 2019. A distant heir to a family fortune sets out to speed up the line of succession by using a great deal of charm... and a dash of murder. A Gentleman's Guide to Love and Murder is the knock-'em-dead, uproarious hit and the most-nominated show of the 2014 season. With ten Tony nominations and four wins, including Best Musical, Book, Direction and Costumes, it also earned seven Drama Desk Awards (including Best Musical), four Outer Critics Circle Awards (including Best Musical) and one Drama League Award (Best Musical).