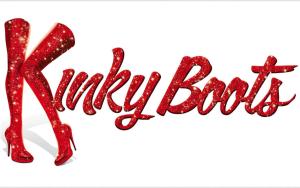 Moorpark College is among initial amateur theatres in the U.S. to stage production

Access this release in a different format: [DOC] [PDF]

The Moorpark College Theatre Arts Department will hold auditions for its spring 2022 production of the six-time Tony Award® Winning Best Musical “Kinky Boots.” Auditions for actors and musicians will be held Dec. 10-15 on campus. The play will run in March with evening and matinee performances.

“We are overjoyed to be returning to the Moorpark College main stage with a theatre arts performance for the first time in two years with ‘Kinky Boots,’” said director and theatre arts faculty member John Loprieno.

“It’s especially exciting because the rights for ‘Kinky Boots’ were just released, and we are honored to be one of the first non-professional theatres to be producing this hilarious and vibrant musical.”

Based on the eponymous 2005 film, “Kinky Boots” features the joyous, Tony Award-winning score with music and lyrics by singer-songwriter Cyndi Lauper and an uplifting book from playwright Harvey Fierstein. It is mostly inspired by true events and centers around Charlie Price, who reluctantly inherited his father’s shoe factory that is on the verge of bankruptcy.

Trying to live up to his father’s legacy and save the family business, Charlie finds inspiration in a fabulous entertainer named Lola in need of some sturdy stilettos. Lola turns out to be the one person who can help Charlie discover his potential. In the process, the duo find that they have more in common than they thought, and they learn that when you change your mind about someone, you can change your whole world.

“This is a perfect show with a perfect message for these challenging times,” said Loprieno.

Audition and callback dates, times and locations are as follows:

All will take place on the Moorpark College campus, 7075 Campus Road, Moorpark. An accompanist will be present for the auditions. Anyone auditioning should bring 32 bars, or one minute of sheet music, preferably from musical theatre.

“Kinky Boots” will run March 10 – 27 with evening performances from Thursday to Saturday at 8 p.m. and Sunday matinees at 2 p.m. in the Studio Theatre at Moorpark College. Tickets go on sale Jan. 15 and can be purchased through the Moorpark College Performing Arts Center Box Office at (805) 378-1485 or online at www.moorparkcollege.edu/pac.