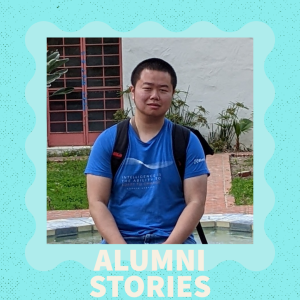 When he enrolled at Ventura College, John Trinh knew he wanted to be an electrical engineer. His favorite classes in high school included AP chemistry, physics and calculus. Yet going directly to a four-year university wasn’t in the plans.

“If I had gone straight to a university, I don’t think I would have succeeded,” says John, who’s an electronics engineer at Naval Base Point Mugu. “Even after finishing high school and starting college, I felt there was a looming cloud above me, and I could fail at any time.”

At Ventura College, he proved he could be successful in college. “Going to VC was one of the best things I did,” he says. “It prepared me for all the things I needed to do to attend UC Berkeley. It also helped me mature, socially and academically.”

John joined VC’s MESA (Mathematics, Engineering and Science Achievement) Program during his first year. The program, which offers resources to underrepresented, low-income, first-generation students, gave him access to scholarships and internships as well as an opportunity to instruct his peers in STEM coursework.

“I loved being a tutor at MESA and got to teach all sorts of subjects—math, science and a little bit of engineering.” By that time, he knew he wanted to go into engineering as a career. “In the back of my mind I thought, ‘I’d like to become a teacher or professor.’”

MESA also provided John with access to a network, the Society of Hispanic Professional Engineers Ventura County Chapter (SHPE VCC). John is currently a member of SHPE VCC, which serves as a partner organization to MESA.

“MESA and SHPE go hand in hand. They developed me more as a professional,” he says. SHPE advises students on professional development: Its members perform mock interviews to hone students’ interviewing and communication skills.

“Dr. Wood definitely helped me with my career. Every time there was an opportunity like needing a letter of recommendation, I knocked on his door,” John says. “Michelle Millea guided me through community college.”

Millea’s Introduction to Engineering course steered his thinking, teaching him about the different realms of engineering and resources to better prepare for transferring to Berkeley.

After John earned a bachelor’s degree in electrical engineering and computer science in 2017, he became a lead MESA tutor and teaching assistant for a circuits course at Ventura College.

“When students would ask me about an engineering concept, I took 30 minutes to an hour to teach one concept in class. I had a lecture ready, examples and responses to questions students may have had.”

Working with students inspired him to pursue a master’s degree in math from California State University, Channel Islands so he could teach at the college level. He chose math for how it will not only help his current career but will enable him to teach college-level engineering or math.

John’s experiences at Ventura College set him on a course for success and allowed him to discover hidden talents that will certainly benefit future college students.