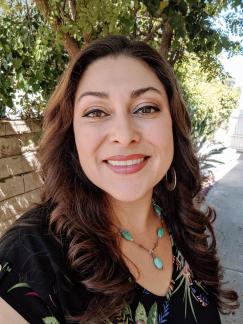 About
Professor Gamboa grew up on the Yakima Reservation located in the Yakima Valley in Washington State.  As a 1st generation college student she earned her B.A in History from Eastern Washington University and M.S in Mexican American Studies from the University of Arizona.  As an undergraduate she worked as an advocate and activist in her community through her M.E.Ch.A leadership, volunteering with the UFW and as treasurer of the Yakima County Voters Registration Project. As a McNair scholar she focused her research on the development of Chicano Studies in the k-12 curriculum. As a graduate student she contributed to research focusing on the undocumented migrant experience in the context of the criminal (in) justice system and health concerns at the Arizona/México Border. She also worked as a researcher under Project EXPORT, on the prevention of drug use among Latino youth and adolescent sexual risk behaviors.  In 2006 Professor Gamboa moved to California were she became the Director for the Boys and Girls Club of Santa Clarita. Her passion in life has been to make a difference through higher education; guiding students in understanding Chicana/o history, self-identity and self-consciousness. Professor Gamboa has been teaching at Ventura College since Spring 2014 and is currently the Chair of the Ethnic Studies Department.