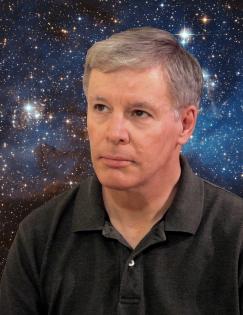 About
O. Powers (b. 1952) is a native of Ventura, California, where he developed a strong interest in electronic music at an early age. He received his B.A. degree in composition from the University of California, San Diego in 1974, where he studied with Pauline Oliveros, Edwin London, and Robert Shallenberg. For many years he taught recording and synthesis techniques at Ventura College, while also working in cable television production. In 1991 he earned an M.M. degree at California State University, Northridge, where his teachers were Beverly Grigsby, Aurelio de la Vega, and Daniel Kessner, and in 1997 he completed the Doctor of Arts degree at Ball State University, Muncie, Indiana, studying with Cleve Scott, Jody Nagel, and Ernesto Pellegrini. In addition to electro-acoustic works, he has also produced over five album's worth of songs in various popular styles, for which his teachers should not be held responsible.
Publications
Dissertation: Interactions Between Composers and Technology in the First Decades of Electronic Music, 1948–1968 (377 pages). 1997.