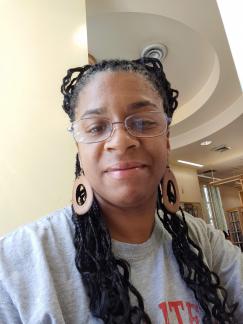 Anitra attended Florida A&M University where she was a dual-major in Theatre Performance and Broadcast Journalism earning Bachelor of Art and Bachelor of Science degrees. She moved to California where she attended CalArts and obtained her an M.F.A. in Film Directing. She received a scholarship from the Hollywood Foreign Press Association and an internship with the Television Academy Foundation as a directing intern on the Emmy Award-winning show The West Wing. She was also a recipient of the Norman Lear: Women in Film scholarship and a faculty fellow for the 2017 Academy Fellows Program.

Anitra has written, directed and produced several short films, web shows including her short film A Perfect Chaos, which delves into the issue of the “down-low” phenomenon and its effects on the black family. The film screened at the Pan African Film Festival and aired on BET's The Best Shorts.