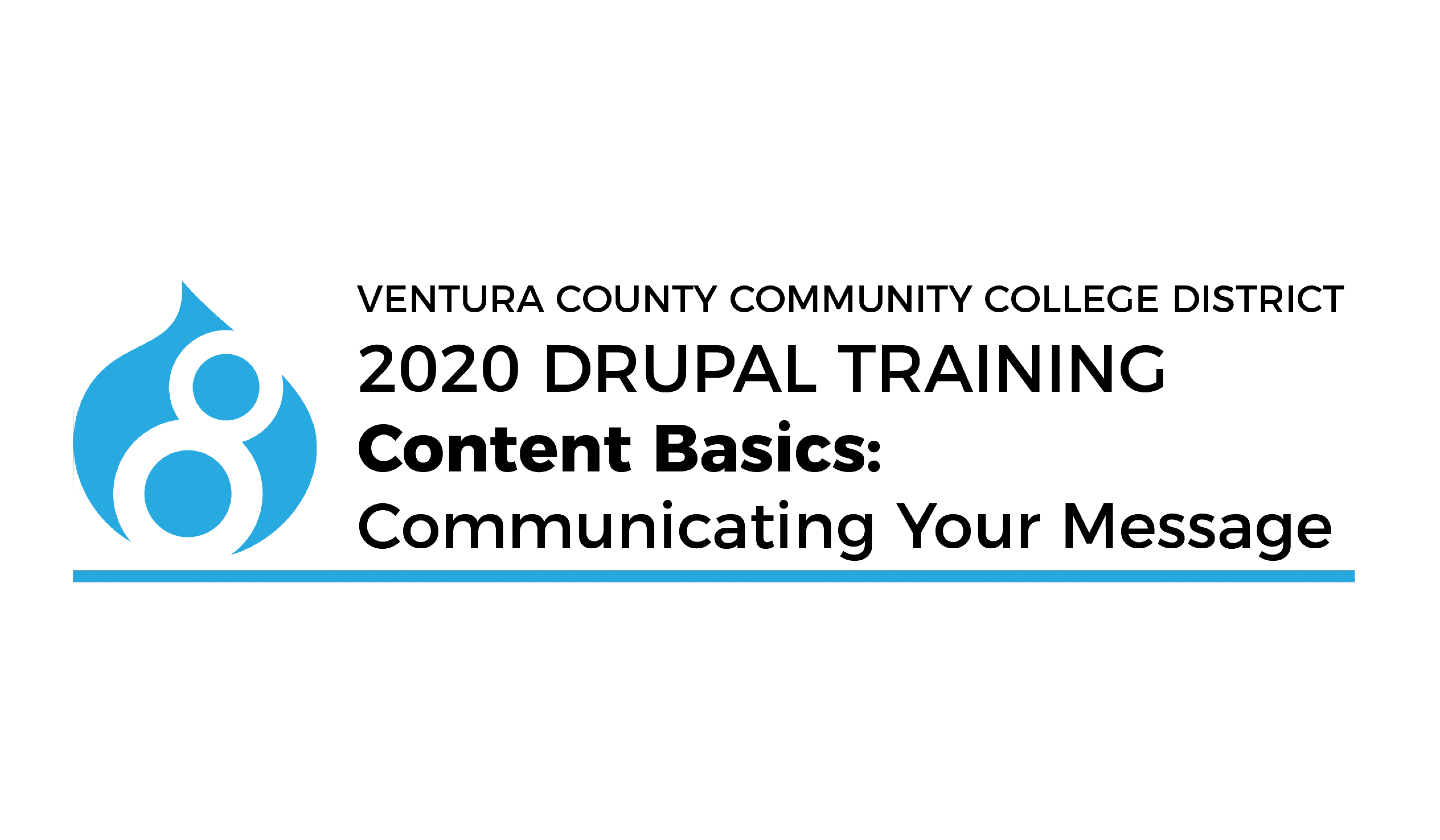 Be User-Friendly &  Be a Resource

Website visitors are hungry for info about Moorpark College, Oxnard College, Ventura College and Ventura County Community College District. Write compelling website copy, and visitors are encouraged to stay and to take action. Here are some best practices to help you out.

How To: Pages that Engage

Research suggests that only 16% of people read webpages word-for-word. Most people scan.

Before and After Copy

Ashley Vaughan knew she wanted to research in Vanuatu when, after meeting him for the first time, Chief Edward asked if she would be his adoptive daughter. The surprises didn’t end there. Vaughan was faced with living without running water, fighting off the threat of malaria, and learning how to walk and talk in a culture completely foreign to her; she might as well have been on Mars!

Vaughan, who teaches in MC’s anthropology department, also spends her time in the small Pacific island country of Vanuatu, found in the South Pacific Ocean. But what does she do over there? Anthropology is the study of all aspects of humanity. That’s a lot of ground to cover. To be specific, Vaughan specializes in cultural anthropology, focusing on Vanuatu’s society and cultural development. She also has a fixed interest in medical anthropology in which she studies the factors that impact the health of the people of Vanuatu.

Vaughan began as an English major at the University of South Carolina. She took one anthropology class and her passion become clear. She was convinced by a professor to take on a double major and she was soon on the fast track to becoming an anthropologist. She knew she wanted to be somewhere in the Pacific Islands, so in 2006, Vaughan started grad school at the University of Hawaii where she could pursue the associated studies.

In 2007, Vaughan was invited by a friend in the Peace Corp to go with her to a remote island in the Pacific called Vanuatu. Not long after, Vaughan received one more unexpected invitation when Chief Edward, representative of one of the island’s communities, asked if she would be his adoptive daughter. The chief also worked in healthcare and was well-versed in both traditional remedies and western medicine; she was in an “anthropologist’s dream”. Delighted, Vaughan knew she had found a second home and continues to travel back and forth between her two families in America and the faraway island of Vanuatu.

Vaughan expressed her gratitude for working in a field with a balanced representation of females and males. However, she maintains the importance of having a helping hand from female associates: “my fellow female graduate student colleagues, now my closest friends, have been just as, if not more, integral to my success in academia. That we are all in fulfilling careers is a testament to the importance of peer support and collaboration!”

Vaughan started teaching at Moorpark College in 2013 to express her ardent love for teaching. The professor teaches her students that anthropology provides the freedom to experience other ways of living that inspire both creativity and critical thinking.

Her otherwordly experience directs her astute advice: “I recommend for anyone, even if you can’t travel; you don’t have to go somewhere… watch documentaries, talk to your neighbor or restaurant owner who is from somewhere else. You can get those opportunities in your backyard if you look for them.”

“Learn from others. Watch documentaries, talk to your neighbor or restaurant owner who is from somewhere else. You can get those opportunities in your backyard if you look for them.” --Ashley Vaughan 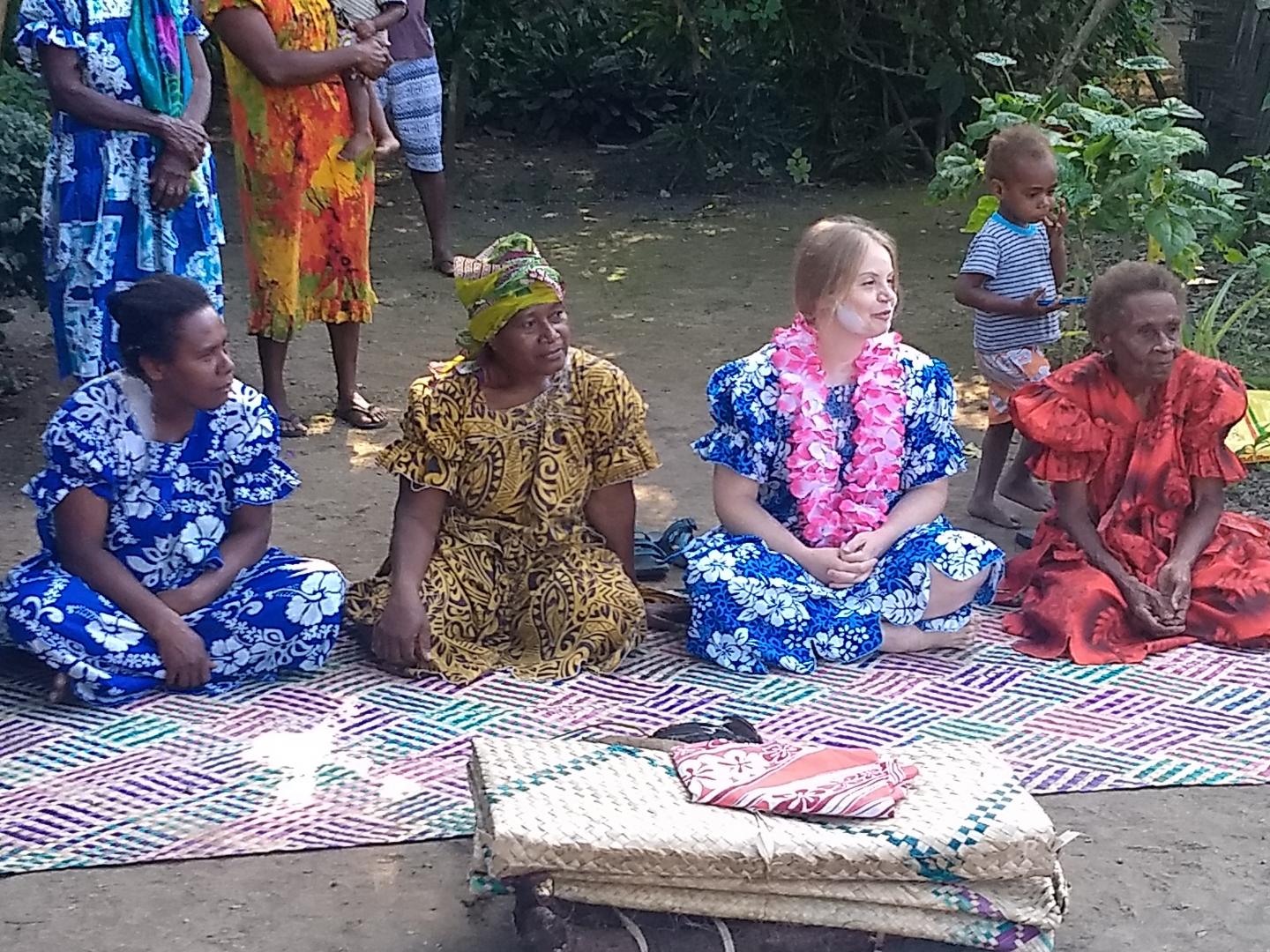 Ashley Vaughan's anthropology career lead her to the unlikely island of Vanuatu.

Here are some of the professor's experiences:

Search Engine Optimization: How to make your page attractive to search engines like Google.

Remember to check your pages monthly for outdated info and broken links. Consider switching up the visuals, too.

If you have questions, just ask.